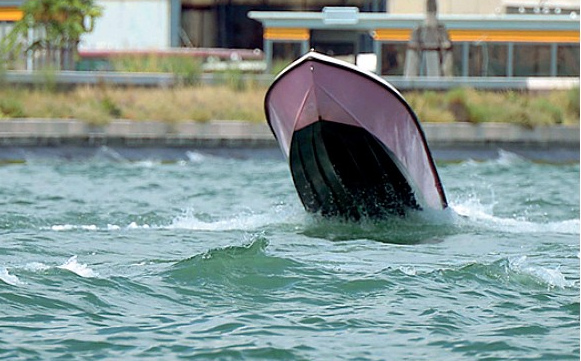 The Safeguard of Venice – Special Law – It is not just a question of money.

against the absence of control of speeding motorboats causing damaging wakes, and for the management of water traffic.

On 23 October 2019, 34 rowing and sailing associations of the Venice Lagoon (by January 2020, 38 associations) sent a letter to the Prefect and the Mayor of Venice to request urgent and long-term action to start managing the wake problem that has come to a point of no return.

To date only the Prefect of Venice has met the 5 spokespersons of the Associations, but no control actions and no other significant initiatives on the part of the authorities can be seen.

To bring the problem of water traffic and boat wakes in the Lagoon and in the city of Venice to the attention of our political representatives,  our citizenry and our foreign guests,  the Associations have launched a demonstration in the Bacino di San Marco from 11:00 to 12:00.

The event will be open to all citizens who want to participate with their boats, even motorboats, to support the need to carry out traffic control and management actions as soon as possible.

The best adapted place for this peaceful event, from an historical and cultural viewpoint, is without a doubt the Grand Canal, the only place in the city where, in case of bad weather, one can safely row, which offers rowers adequate protection and safety. Access to Canal Grande however was denied on the basis of  Prefectoral Decree 420 / GAB / 2009, despite the fact that the Presidents of the member Associations had prepared a plan, based on elements from their meeting with the Prefect, that guaranteed the smooth passage of all boats and the safety of all.

We  hope sooner or later to have the opportunity to demonstrate in the Grand Canal, a right which we do not intend to renounce.

The motivations and requests of the 38 member associations are listed below.

The first Vogalonga – 8 May 1975, the day of the ‘Sensa’ – was a first and striking appeal, addressed to all rowing enthusiasts and all those who had “laid down their oars” for too long, to unite against the degradation of the city and the wakes caused by speeding motorboats, to restore and safeguard Venetian traditions.

45 years later, we see that the situation is drastically worse, and we see excesses and behaviours that are the result of the absence of any control.

The “boat wake problem” does not only concern rowers but the safeguard of Venice and  its Lagoon – in the broad sense the protection of its tangible and intangible heritage – seriously threatened by practices that will eventually reach a point of no return.

The flood of November 12 brought the fragility of the city of Venice and its lagoon to everyone’s attention, reactivating  fundraising and distribution of funds.  But the safeguard of Venice is not just a question of money but also of management.

Venice and its lagoon can be saved saved not only by eliminating rising waters, provided that the tide barriers (“Mose”) work, but by ensuring the existence of residents and by managing water traffic both in terms of boat speeds and boat  pollution.

The request made by the 38 associations asks to establish a national law for boat traffic management  in order to protect the specificity and uniqueness of Venice and its Lagoon.

In 1973 the Italian state promulgated the 1st Special Law for Venice . Article 1 stated:
“The protection of Venice and its lagoon is declared a problem of pre-eminent national interest.”
The 1st Special Law limited industrial and home heating to gas and electricity, in order to protect the marble of Venice, yet today nothing regulates the fuels used on boats, which cause as much damage to marble as heating fuel (in 1973 there was no mention of health).

From INSULA notebooks: “Basically those liquid fuels were forbidden (diesel and oil fuel) which during the flood had seriously polluted the lagoon and internal canals, and which, with their emissions of sulfur dioxide and suspended particulates  caused considerable damage to the surfaces of monuments and works of art. ”
In the same law it was foreseen that the Government would issue, within two years, rules concerning  boat motors and their pollution. To this day, after 46 years, nothing has been done.

In these 46 years, however, the number of motor boats circulating in the Venetian Lagoon has grown from  12,500 to the current 80,000 and maybe as many as 100,000, an estimation because there is no database containing information on boats nor on their motors.

To confirm that the problem exists, after protests by its residents, an air quality testing unit was installed in Rio Novo which revealed that air pollution is similar and for some parameters higher than that recorded by the mainland air quality units (Euro 1, 2, 3 etc only apply to motor vehicles).

From January 2020 the International Maritime Organisation 2020 regulation has come into force: sulphur content must be less than 0.50% m / m (5,000 ppm – to date the limit is 3.5% m / m or 35,000 ppm) in marine fuels outside of Sulphur Emission Control Areas (SECAs: non-SECA means open sea), of which Venice and its lagoon are not.

This means that boats in Venice are using fuel with sulfur content 5 times higher than the heating fuels banned in Venice and its Lagoon since 1973, and  500 times more polluting, in terms of sulfur, than the diesel currently in use for automobiles (0.001% m / m).

For boat wakes, speed limits are not respected, and the maximum wave height of a boat wake is not defined.  On the mainland traffic laws define speed limits… and also oblige motorists to use tires that do not damage roads nor produce vibrations harmful to urban structures.

The 38 rowing and sailing associations have ascertained the the lack of specific rules on traffic management in the Venice Lagoon and ask the authorities to make rules for  traffic management AT LEAST in line with those for mainland cities.

They ask the authorities to draft and issue a national law, on the model of the “Special Law for Venice”, relating to boat traffic in the Lagoon, which defines:
1. A single management body for the Venice and its lagoon
2. Rules:
Characteristics of boat motors: maximum horsepower and emissions (ex:: Euro 6 … electric)
Characteristics of the hull, types of materials and management of their disposal at end of service.
Speed ​​and wave height limits
Limits to air pollution, air quality control to improve human health and preservation of Venetian buildings.
Limits to the noise pollution produced by boats.
3. GPS speed recorders on all motorboats
4. Fines that make non-compliance with the rules impractical
5. Contributions to encourage the modernisation of boats and engines, defining a reasonable time limit to adapt the vessels to the above rules.
While waiting for the law to be prepared and implemented, the following are requested:
1. Short-term binding proposals
a) Activate continuous surveillance in the areas most affected by boat wakes: Giudecca canal, Saint Mark’s basin, Canale delle Navi and the Marani Canal (to the airport), the canal along the Fondamenta Nove and the Grand Canal, both through the programming of mobile checkpoints, and by reactivating the fixed  checkpoints already set up by the Commissioners for boat wakes in past years, in fact inactive or rarely used;
b. Disclose through a weekly – online report the data relating to the surveillance carried out by the fixed and mobile workstations used and monitoring of operating areas, fines given and the boats eventually fined;
c.  Promote forms of collaboration between the Municipality and the Provveditorato al studi, by inserting rowing and knowledge of the Venetian Lagoon among the “compulsory”  topics in Venetian schools of every order and degree, with relative financing;
2. Medium-term proposals
a) Plan sustainable forms of mobility and water traffic management, whose guiding principle is the protection of a common good superior to any interest or category, by providing for a drastic reduction of boat wakes; in particular, the safeguarding of an artistic, architectural, cultural and social heritage, material and immaterial, unique in the world;
b. Ensure that representatives of the lagoon’s rowing and sailing communities are present when the water traffic plan is drawn up;
c. Verify the possibility of introducing “No wake zones” analogous to those already present in northern Europe and the USA (in a no-wake zone, violations are immediately detectable – they need only be visual / photographic);
d. make the GPS system operational, as defined in Article 66 of the “Coordination Regulation of local navigation in the Venetian lagoon” modified by Council resolution metropolitan n. 13 of 29 June 2016.
e. Opening of the Logistics Centre for goods distribution, to reduce delivery traffic.